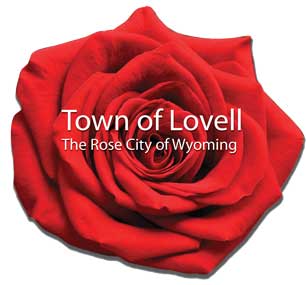 By “full-service,” supporters of the bar and grill liquor license for the Brandin’ Iron Restaurant – approved by the council Tuesday – mean the ability for a customer to have a beer or a glass of wine with dinner.

Three residents spoke in favor of the bar and grill license during a public hearing Tuesday.

“It’s been a long time since we’ve had a full-service restaurant in Lovell,” Bob Mangus said, adding that owner/manager Craig Trumbull is doing a “great job” with the restaurant at 483 Shoshone.

“We need a full-service restaurant to cater to visitors and local people, too,” Mangus said. “It’s something Lovell really needs.”

“When I get visitors from Salt Lake City, they usually go to Cody for a full-service restaurant,” Wilson said. “It will be nice to be able to sit down with a beer or a glass of wine.”

Jim Szlemko also spoke in favor of the license, saying it’s a matter of economic development.

“Many travelers like to enjoy a beer or a glass of wine at dinner,” he said. “If not, they may whizz on by and go to Powell or Cody. Now they might stay and rent a room and fill their tank with gas and eat breakfast and do some shopping. Voting no would be a detriment to the town.”

Later, the council voted 3-0 with Mayor Bruce Morrison and Councilman Scott Allred absent to approve the bar and grill license. In answer to a question from Mayor Pro Tem Brian Dickson, Trumbull said the dispensing area would be separated from customers (and thus minors) in both the front and back rooms of the restaurant by a pine wall.

In other action Tuesday, the council voted to send a proposed subdivision platting process back to the planning and zoning commission, which voted August 1 to recommend that the council consider an alternative to a street plan for the new senior housing complex to be built where the old hospital currently sits on 10th Street.

Town Attorney Sandra Kitchen said the council had to decide whether to consider an alternative design and thus bear the cost of re-engineering the subdivision.

“I was at the meeting, and there was a concern about a T in the street,”: Councilman Bruce Wolsey said. “In my personal opinion, I don’t see the problem.”

Councilman Kevin Jones said a suggested alternative was a cul-de-sac, and he said that presents a concern for fire safety, with only one way in and one way out of some homes.

“I would rather not see a cul-de-sac,” he said.

Wolsey made the motion to send the plat back to the planning and zoning commission to consider it as it is currently designed. The motion passed unanimously.

In his monthly report, engineer Frank Page of DOWL/HKM Engineering said that the South Phase of the Lovell Water and Sewer Infrastructure Project is being advertised for bids and that he has sent out 34 sets of plans so far. He said a pre-bid meeting will be held on Aug. 18 with a bid opening set for Sept. 1. The council would award bids on Sept. 13 and construction could start around Oct. 1, Page said.

• Resolution 2011-7 authorizes submission of a Level II planning grant application to the Wyoming Water Development Commission for the purpose of developing a water system master plan. Page explained that the process would update the town’s existing plan with emphasis on the North Big Horn Hospital/New Horizons Care Center, as well as water pressure on the Upper Bench on the south side of town. The plan will also consider town “growth areas” to the southeast and west of town, he said.

The planning grant would be a 100 percent grant but would require a $1,000 application fee.

• Resolution 2011-8 authorizes submission of a Level III construction grant application to the WWDC to replace deteriorated water transmission mains under Main Street in Lovell – the fifth phase of a five-phase water and sewer project. The resolution seeks a $766,846 grant and also requires a $1,000 application fee.

Page noted that that the $7.5 million project could be fully-funded through state and federal sources if federal money can be used to match state money.

• Resolution 2011-9 authorizes submission of a federal mineral royalty capital construction grant application to the State Loan and Investment Board to replace water and sewer lines under Main Street in Lovell. The resolution seeks a grant of $4.26 million from SLIB, but Page said he needs to check on a puzzling rule that could result in the town not being eligible for future SLIB funding if it accepts this grant.

The council voted to approve all three resolutions and also to authorize the mayor to sign all three grant applications contingent upon in the case of the third application the town being eligible for future SLIB funding.

The council discussed the application process involving the Wyoming Dept. of Environmental Quality for a setback waiver that would allow open burning this fall. Beal led a discussion regarding the application form and a proposed letter seeking the waiver.

The proposed letter suggested an open burning margin of Sept. 15-Dec. 15, but Dickson said he would rather apply for a longer open burning period, then have the option to narrow the time frame. Beal said the DEQ continues to insist that the town seek alternatives to burning and said Doug Savage is working on a haul site near the animal shelter.

Wolsey suggested a Sept. 1-Dec. 31 waiver request, and Jones pointed out that some of the wood collected in the Firewise fire mitigation process may need to be burned. The council voted to authorize Mayor Morrison to sign the letter of request with the wider time period and with the mention of the Firewise needs.

In other action at Tuesday’s meeting:

• In her monthly report, Sue Taylor of Lovell Inc. said the remodeling of the incubator/office building is “humming along nicely,” with almost all of the new windows installed and roof work under way. Gerald Brinkerhoff said a lack of basement vents could have caused the floor problems the building experienced, and Taylor said the remodeling will include the installation of four vents.

Taylor urged the council to support the Hyart Film Festival, which takes place this Thursday, Friday and Saturday. She said 64 films will be shown at the festival and that the festival committee received some 300 submissions.

• Karen Spragg reported on fundraising efforts of the Lovell-Kane Museum Board, noting that the Sept. 17 dinner has proven to be so popular that the board had to double the number of tickets to be sold, from 200 to 400. She said Bob Acton jumped in to cook the meal, and the Lovell Woman’s Club will take care of desserts and serve the dinner.

Spragg said the quilt with historic pictures on it is being pieced together at the senior center and is “awesome.” She also said a building has been offered to the board but said the board is looking at options because the building needs a new roof.

• The council voted to approve the annual special use permit for Mountain Construction to maintain its office space in a residential zone on West 10th Street.

• The council voted to approve a catering permit for the Four Corners Bar to cater a 50th anniversary party at the community center from 6:30 p.m. to 2 a.m. on Aug. 27-28.

• Beal reported that Overland Properties had been hoping to close on the deal to purchase the town-owned lot at Main and Oregon on Wednesday, but the closing was delayed due to some paperwork issues. She said a closing would be scheduled for later in the month.

The council voted to authorize the mayor and clerk/treasurer to sign all of the necessary documents at closing time.

• Jones told the council that the Firewise wildfire mitigation program is under way and is “looking good.”