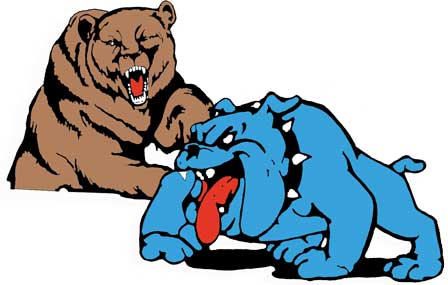 All athletes must have had physicals before they can participate, coaches said.

Third-year Lovell head football coach Doug Hazen was to hand out equipment Wednesday from 4 to 6:30 p.m., and he said practice will begin Monday at 7 a.m. LHS will hold two practices per day next week, running from 7 to 9 a.m. and from 4 to 6 p.m. The week will conclude with a blue and white scrimmage Saturday, Aug. 20, at 7 p.m. at Robertson Stadium.

Only one practice per day will be held the following week, with practice running from 4 to 6 p.m. daily. The Bulldogs will play a “week zero” game at Douglas with both varsity and junior varsity competition on Saturday afternoon, Aug. 27, Hazen said. He said he was unsure of the exact time of the game.

The Bulldogs open the season Friday, Sept. 2, when they host the Wright Panthers at 7 p.m. Hazen will be assisted this year by Craig Winterholler, Daniel Robertson and Bob Weber.

Second-year Rocky Mountain head football coach David Hayes will start practice in Cowley Monday at 7 a.m. and hold a second practice at 3 p.m., following that schedule through Wednesday, Aug. 17, then shift practices to 6 a.m. and 4 p.m. through Tuesday, Aug. 23. There will also be a single practice on Saturday, Aug. 20, at 7 a.m.

Hayes said the staff held a coaches meeting Saturday and will hold a senior night next Tuesday and a meet-the-squad night on Thursday, Aug. 25, at 6 p.m.

The Grizzlies will open the season Friday, Sept. 2, at Normative Services in Sheridan. Kickoff is scheduled for 6 p.m. Hayes is assisted this year by Joe Davis, Justin Moss and Brandon May.

Second-year coach Stormy Jameson will lead the Lovell Lady Bulldogs into practice Monday at 7 a.m. at Winterholler Gym, with a second practice at 4 p.m. She said the morning practices will be concentrated on conditioning, with drills held during the afternoon sessions. Two-a-day practices will continue throughout the week., then from Monday through Thursday, Aug. 25, coaches will hold one practice per day at 4 p.m.

Carol McMillin, coach of the defending state champion Rocky Mountain Lady Grizzlies, will hold two-a-day practices Aug. 15-19 and Aug. 22-23, from 7 to 9:30 a.m. and from 3 to 5:45 p.m. From Aug. 24 (the first day of school) on, the team will practice at 3:30 p.m. weekdays. Practices will be held in the main gym at Rocky Mountain Middle/High School and will focus on conditioning in the morning practices and drill and offensive and defensive strategies in the afternoon sessions, McMillin said.

McMillin is being assisted again this year by Camaren Boettcher (JV) and Kayla Honeyman (freshmen).

The Lady Grizz will open the season at the North Big Horn Invitational in Cowley and Lovell Aug. 26-27.

Sanders will run practices at 8 a.m. the first week and at 4 p.m. the following week.

The Lovell harriers will open the season at the Billings Invitational Friday, Sept. 2, at 4 p.m. at Riverfront Park in Billings.

An advertisement in last week’s newspaper stated that the Rocky Mountain cross country team will start practice Monday at 6 p.m. at Coach John Bernhisel’s house in Cowley. Bernhisel could not be reached for further details.

Lovell High School golf coach Ben Fowler said he will open practice Monday at 4 p.m. at Foster Gulch to begin preparing for the fall season, which begins with a tournament later that week – Aug. 18-19 – in Lander. The tournament tees off at noon Thursday and 9 a.m. Friday, Fowler said.

Fowler said the Bulldogs have three strong returners on the boys team in senior Cody King and sophomores Brandon Wolvington and Chase Tippetts.

“Those two young sophomores coming back have been playing a bunch of golf this summer and have been scoring well,” Fowler said. “I think they’re really going to turn it on. Cody played baseball this summer. I hope he can turn his baseball swing into a golf swing.”

On the girls side, longtime standout Mason Fowler has graduated, leaving senior Jordan Frost as the sole returner from last fall.

“I hope we end up with a pretty full squad,” Fowler said. “I expect some younger players to come out. I’d like to see more girls come out.

“I’m optimistic. I think we’ll do pretty well. Kemmerer is the team to beat again, and Thermop has dropped down from 3A.”