Child abuse and neglect doesn’t exist here. One would like to think that, however, the Wyoming 5th Judicial District Court handled 23 cases of child abuse and/or neglect from Big Horn County in the 2015 fiscal year (7/1/14-6/30/15).

Wyoming is a safe, secure place to live, far from the fallout of larger populated areas of the country. It was not so safe for 861 children who were victims of child abuse or neglect in 2014 (Nat’l Child Abuse and Neglect Data System). 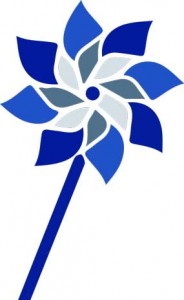 Wyoming is a mandatory report state. State law 14-3-205 and 35-20-103 mandates that any person who suspects child abuse or neglect is required to report, regardless of their profession.  Mandate is defined as “any person who knows or has reasonable cause to believe or suspect that a child has been abused or neglected, or who observes any child being subjected to conditions or circumstances that would reasonably result in abuse or neglect, shall immediately report it to the child protective agency or local law enforcement agency or cause a report to be made (14-3-205a).”

Therefore, it is the responsibility of every person to be aware of situations that could result in the welfare of a child being in danger. In most cases a child will not attempt to get help because of fear of retribution or loyalty to a parent or guardian.

Being able to recognize abuse or neglect is important. Unexplained bruises, welts and scars along with bite marks or burns may indicate physical abuse. In more extreme cases a child may experience fractures, broken bones or internal or head injuries.

Sexual abuse ranges from age-inappropriate sexual knowledge or behavior to suddenly refusing to participate in physical activities. The child may have difficulty walking or sitting.

Emotional abuse diminishes a child’s self-concept to the point the child feels unworthy of respect, friendship, love and protection. Because it is displayed in such a variety of  indicators and does not show physical injuries like physical or sexual abuse, it is difficult to recognize. At times a child may display habits such as thumb-sucking or rocking. The child may be withdrawn and antisocial or appear overly compliant. Emotional abuse creates low self-esteem leading to depression and sometimes suicide.

Child neglect is failure of a person responsible for a child’s welfare to provide necessary food, care, clothing, shelter and medical attention when needed. A neglected child usually has insufficient or improper clothing and filthy living conditions. He is consistently dirty, tired and listless. He may steal food and money.

Other characteristics to look for from a child of abuse are sudden changes in behavior. He may be always watchful and guarded. He may come to school early and stay late, obviously not wanting to go home.

None of these signs necessarily indicate an abusive situation. Any of these factors can be found from time to time. However, the presence of these indicators on a consistent and aggressive level may be cause for concern for the child.

Many conditions lead to abuse and neglect, and rarely is only a single cause found in any given situation. Factors frequently coexist.

Premature birth or illness at birth puts a financial stress on a family, causing parents to feel failure or inadequacy, so they may turn those feelings toward the child. A mismatch of personalities between the child and a parent may turn a parent against a child, especially if that child reminds the parent of an absent partner or spouse.

Some people believe it’s acceptable to use violence to ensure a child’s compliance. Values and norms concerning violence and force are strongly handed down from previous generations to next generations. Confining a child to his room for days with little or no nourishment or taping a child’s mouth with duct tape are examples of such practices that occur because that’s how it was done when the parent was young.

Domestic violence breeds child abuse. A battered parent is without the ability to protect a child. Step-parent, or blended, families are at greater risk. Single parents are highly represented in abuse and neglect cases. Their economic status is typically lower and the single parent is disadvantaged with the responsibilities of two parents. Adolescent parents are at high risk because their own needs have not been met and they are ill-prepared to meet another’s needs.

Substance abuse and addiction is a significant factor contributing to child abuse or neglect. In 2009 to 2013 a report from the Substance Abuse and Mental Health Services Administration of the Dept. of Health and Human Services USA stated that 38,000 persons per year in Wyoming ages 12 and over reported a dependency on or abused alcohol and 9,000 reported that they had a dependency on or abused illicit drugs. The survey revealed that 32,000 persons ages 21 and over used heavy alcohol within one month prior to the survey.

When a parent is involved with drugs and alcohol to the degree that it interferes with his/her ability to parent effectively, a child may suffer in a number of ways. A substance-abusing parent may disappear for hours or days. The child may not have adequate clothing and food because the family money is spent for the addiction. A child’s health and safety may be seriously jeopardized by criminal activity associated with the user. There may be periods of incarceration resulting in instability of the home.

The child of substance-abusing parents experiences broken promises, inconsistency, humiliation and shame or tension and fear.

Often children think they caused the parent’s behavior, convinced if they were better students, were more obedient, more reliable or nicer the parent would not use alcohol or drugs.

Lying becomes a way of life for the child feeling he has to hide the parent’s problem from others, cover up the parent’s failures and keep the authorities from finding out. The child often has to take the responsibility of caring for other siblings.

Child abuse and neglect is an ugly part of our society. By becoming more aware and sensitive to the issue more children may be helped to escape their hopeless situation.