I have been asked by several people to explain in plain English what the lawsuit brought by the Mayor of Byron was all about and what was the outcome. I will attempt to do so by discussing verifiable facts and avoiding putting any politcal spin on the subject.

On November 10, 2015, the Mayor read a letter expressing why she had previously vetoed the newly amended Town Ordinance during the October 20, 2015, Council meeting and then expressed her apparent refusal to sign the ordinance. After the Mayor indicated her apparent refusal to sign the newly adopted ordinance and after a motion restated by the Mayor indicating her desire not to sign the amended ordinance, the Town Council voted unanimously to authorize the Mayor Pro Tem to sign the ordinance in the Mayor’s stead. The serious reader is encouraged to view the audio and video recording of the November town council meeting to verify the above statements.

On January 8, 2016, the Mayor signed a formal legal complaint against the Byron Town Council, in its official capacity as the governing body of the Town of Byron, and also signed a Motion for Preliminary Injunction. The two documents were comprised of 15 legal sized pages. These documents were served upon each council member on January 11, 2016. 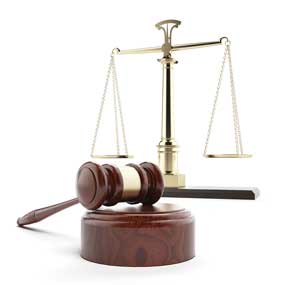 In a very small nutshell, the complaint was that the amended section of the ordinance passed by the council took away the Mayor’s powers to appoint and terminate officials of the Town and was illegal. The motion for Preliminary Injunction requested that the court (1) command the Town to reverse and rescind any appointment or removals made in accordance wth the newly adopted ordinance, (2) to stop the Town from taking any further actions not in compliance with state law, and (3) to pay the reasonable legal fees of the Mayor.

As the legal process evolved, the Mayor through her legal counsel supported their contention that the Town Council’s amended ordinance was illegal by citing (among other things) case law in Wyoming in both District and Federal Courts supporting their position that the Byron Town Council’s amendment to their ordinance was illegal. The cases that they used were decided in courts prior to 1997.

Before we go to the response of the Town Council through the Town of Byron’s appointed attorney, let us clarify what was the difference between the original ordinance and the amended ordinance, i.e. the reason for all the fuss. Again, in the nutshell, the original ordinance provided that the Mayor appointed town officials (clerk, judge, police chief, department heads, etc.) with the consent of the town council and allowed the Mayor to remove an official for incompetency or neglect of duty. The amended ordinance provides that the Mayor or council person can nominate a candidate for an appointment to an office followed by the affirmative vote of the majority of the Governing Body of the Town.

The attorney for the Town Council provided a 13-page brief and legal analysis, which is unfortunately being summarized by a lay person in a few sentences. The serious reader is advised to read this document because the content of this document when provided to the Mayor and her attorney resulted in their request to dismiss the matter before the scheduled hearing. The following summary of this document is in my words, not the words of the Town’s attorney.

In essence, the Mayor and her attorney failed to follow the development of legislative changes between the time of the cases they cited in defense of their position and changes in the statute in 1997, which rendered their case moot because in 1997 the legislature gave to all cities and towns in Wyoming the express right to follow the old law or to (by ordinance) develop their own method to appoint and dismiss officers of the town.

The brief discusses many post 1997 cases in both district and federal courts in Wyoming upholding the decision of cities and towns in Wyoming who chose to exercise the provisions of the statute to modify by ordinance the way they appoint and dismiss officers. Many older readers may remember the case heard in our own Fifth Judicial District court where the Greybull Town Council changed (by ordinance) the method they appointed Town officers. The case was ruled in the Town’s favor and against the complaining mayor, and the attorney fees requested by Mayor Hamilton were refused by both the District Court and on appeal to the Wyoming Supreme Court.

The other arguments by the Town of Byron Attorney supporting the legality of the Town Council’s amendment to their ordinance are too numerous to review in this letter.

I have been asked how much this action against the council cost the Town of Byron. In dollars, I do not know. In emotional trauma, a great deal of cost on all sides. The matter has been dismissed. Let us also dismiss the matter, and may it, and we, rest in peace.