Editor Vaterlaus’ note: Former President Roosevelt showed his grand character in its fullness a few days ago, in a speech before a body of Republicans in the East, on his return from a trip to the middle west, when he said, “I hope the Republican National Convention will nominate a man at Chicago upon whom both factions of the party, as well as independent democrats, can unite.” Anyone can most heartily subscribe to that sentiment, and say amen to it. That sentiment shows no selfishness on the part of the former president.

Postmaster P.D. Sims announced this week that the public response to the government offering of defense bonds and savings stamps had been very generous. The bonds and stamps were placed on sale May 1, in denominations from 10 cents to $1,000. A defense bond may be purchased for $18.75. In ten years, this bond will be worth $25.00.

Ferrell Mangus wasn’t prospecting for silver last week, but he found some…neatly cached between the studding in the wall of a house he was remodeling. Mangus wouldn’t disclose the exact amount of money he discovered but admitted that it was more than a thousand dollars.

“Besides the dollars which, were stacked on end between the two by fours, there were a few buffalo nickels and a couple of rolls of quarters,” Mangus said. According to his lawyer, the money belongs to Mangus. He bought the house to use as rental property. Its former owners are deceased. 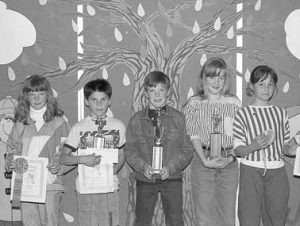