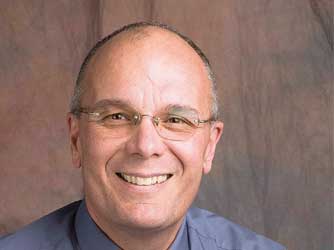 As a small-business owner, Shell resident Jean Petty faced challenges brought on by the Affordable Care Act (ACA). Petty bought insurance from the federal marketplace over concern that the legislation’s individual mandate — a stipulation that individuals must maintain healthcare or face a tax penalty — would adversely affect her.

“I don’t think it’s a workable element,” she said of the mandate. “There’s only one provider (Blue Cross Blue Shield of Wyoming), we’re paying high premiums and because of [the mandate] we’re forced to use the program.”

In addition to being a small-business owner, Petty is also the Chairman of the Big Horn County Democratic Party — the representative voice of the county’s 450 registered democrats. Despite reservations about the ACA, she expressed her pleasure after Speaker Paul Ryan pulled the GOP-sponsored replacement bill, the American Health Care Act (AHCA), due to lack of support from key congressional republicans.

“We are very pleased that [the AHCA] failed,” Petty said. “It was a very shoddy effort on the part of the republicans and it exposed a lot of problems in their leadership.”

Introduced by House republicans on March 6, the AHCA served as the first attempt by the GOP to make good on their seven-year promise to repeal and replace the ACA. A tumultuous ordeal in the House, the bill’s three-week lifespan came to a short end after negotiations to secure support from 33 republican holdouts faltered.

While Petty and other democrats heralded this as a major legislative victory, Big Horn County Republican Party Chairman Janice Wantulok expressed disappointment at Speaker Ryan’s decision to kill the bill.

“[The Affordable Care Act] needed to be gone,” she said. “It’s not something that the government needs to be involved in — it was a mistake when it was put in and needs to be repealed.”

Wantulok said that republicans in D.C. need to “man up,” adding that despite retaining control of the House and Senate, democrats are “[walking] all over us.”

“We need to man up, stop [the democrats] and get something done about our health care,” she said.

Petty said she was disappointed by not only the content of the bill, but also by the speed at which republicans attempted to pass the legislation.

“I’m disappointed they threw a bill together in three weeks,” she said. “It had so many negative qualities and they actually thought it would fly — it’s disrespectful to the American public.”

Analysis provided by the nonpartisan Congressional Budget Office indicated that the AHCA would decrease the federal budget deficit by $337 billion over the next decade. While the legislation touted a positive fiscal impact, as written, the bill would have stripped 24 million Americans of their insurance coverage.

“I feel that health care is something that should not be negotiable,” Petty said. “There should not be this price tag attached to it.”

During the last open enrollment period, the U.S. Center for Medicaid and Medicare services indicated that 24,824 Wyomingites signed up for coverage through the federal insurance exchange. Of the near-25,000 enrollments, 10,790 — about 43 percent — of enrollees were found to be above the age of 55.

Per the CBO’s analysis,  under the AHCA individuals above the age of 40 who make $26,500 would see a moderate increase in their after-credit premium; individuals 64 or older would witness an 850 percent spike in their health insurance premium — up from $1,700 to roughly $14,650, annually.

According to the U.S. Census, 14 Wyoming counties — including Big Horn — have an individual per-capita income of less than the $26,500. If the bill had passed as introduced, its effects would have been felt throughout the state.

While North Big Horn Hospital CEO Rick Schroeder acknowledged that something needed to be done to address the health care issue, he expressed doubts about the AHCA.

“I didn’t like the meat of it, but I liked the intent,” he said, adding that there’s always room to improve. “The part that concerned me was that if the numbers were accurate, there would be too many people who would lose coverage.”

As CEO, Schroeder stressed the importance of having health insurance coverage for patients in rural hospitals.

“When people are seeking health care we need to make sure there’s a hospital,” he said, adding that the way you keep a hospital is ensuring patients who receive services have a way of compensating the facility.

“Most little hospitals run on a pretty tight budget,” he said. “It’s hard to care for people who have no way to pay for their care, but we always do — [we] never turn them away and always provide the care they need.”

Despite their varying opinions of the bill, all three conceded that something must be done in wake of its defeat.

“We need to get insurance prices even across the board,” Wantulok said. “Everyone should be on the same leg and stand together to get the same costs.”

Petty issued a call for unity, saying she hopes congressional republicans and democrats will come together to improve the ACA.

“I would really like to see us find some middle ground on the issues,” she said. “We don’t need to demonize each other.”

Petty’s call for unity was echoed by Schroeder, who believes the answer will come through collaboration among providers, elected officials and everyday citizens.

“Everybody — hospitals, Congress and citizens — need to work together to try and improve health care delivery in the country,” Schroeder said. “We need to either improve components of the ACA, or work on making the AHCA more available to the people who have coverage right now.”