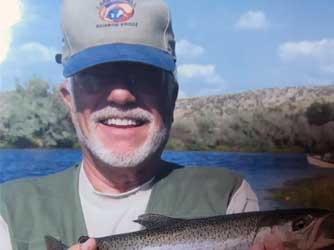 He was preceded in death by his siblings Shirley Mae Statler of Jackson, Mo., Bonnie Lou Wilkening of Cape Girardeau, Mo., and Richard Lee Smith of Jackson, Mo.

RB graduated from Jackson High School in 1956 in Jackson, Mo. After high school, he attended the Missouri School of Mines in Rolla, Mo., where he graduated with a degree in civil engineering in 1961.

RB’s first job after college was with the Boeing Company in Washington state. After his time at Boeing, RB went to work for the federal government specializing in the construction and maintenance of dams and bridges all over the western United States. One of RB’s projects he was most proud of was the Yellowtail Dam on the Big Horn River.

RB fell in love with the Byron and Lovell area while he was the lead engineer on the golf ball radar tower project in the nearby Big Horn Mountains. In 1981, the federal government sent RB to St. Marys, Ga., to help build and develop the Trident submarine base. While in St. Marys, RB started a construction company called Sun Trees Builders that thrived in the area building several homes and office complexes.

In 1989, RB retired from the federal government and in 1997 he moved to his beloved Byron, where he eventually became a member of the Church of Jesus Christ of Latter-day Saints. RB will be fondly remembered by all for his genuinely beautiful smile and laugh. He touched the hearts of all who had the pleasure to be around him.

There are several things worth having in life — a sense of humor, a sense of adventure, an open mind and a loving and caring heart. RB was a man who had it all. He is with his Heavenly Father now. Farewell to a good friend.