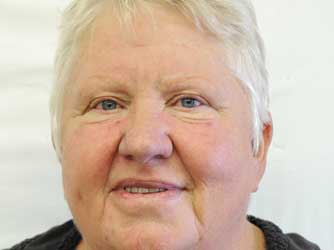 Byron Mayor Heidi Brightly conducted a work session with WyDOT  (Wyoming Department of Transportation) before abruptly resigning at the beginning of the regular monthly meeting of the town council Tuesday evening.

involving the operations of the town, Brightly read aloud a letter announcing her resignation. She passed a copy of the letter to each of the four council members, who were all present for the meeting. Her resignation was unanimously accepted by the council, and she exited the meeting hall followed by about 10 spectators.

Brightly’s letter stated she no longer had time to devote to the duties of Mayor of Byron because of drastic changes in her home and family situation. She thanked members of the community who had supported her.

Mayor Brightly’s resignation closely follows the resignation of Byron clerk/treasurer Donna Booth. Booth tendered her resignation to the Mayor Friday, May 19, and the Mayor informed the council members by email on Sunday, May 21.

The council has advertised and taken the first steps in finding a replacement for the position of clerk/treasurer. They scheduled a special meeting for Wednesday, June 21, at which time they will conduct interviews for the position of clerk/treasurer as well as cover other issues that have been neglected during this time of transition. They will also need to find a replacement for the Mayor and/or council position.

Mayor pro tem Michelle Hoyt said, “I am saddened it has come to this. There has been a lot of division. Now we can start to heal. I do know the Mayor has a lot of personal stress.”

Councilman Walter Roman called the action of the Mayor “a surprise,” and Councilman Alan Bair said, “It’s going to be a challenge, but we’re up to it.”

As a temporary replacement for Booth, Cynde Braten has been working for the town part-time, evenings and weekends. There are no regular hours at the town offices until a replacement can be hired.

The council instructed that a notice be put up on the door of town offices and that a message be put on the answering machine to let people know about the temporary situation until regular office ours can be resumed.