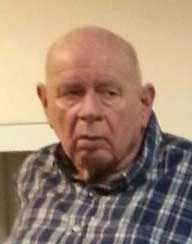 Tim attended and graduated from school in Deaver. He grew up with his parents on the Piney Creek Ranch. He enjoyed everything the mountain had to offer: hunting, fishing and sittin’ a horseback.

He was a wealth of knowledge on just about anything. His hobbies included antique collecting, old guns, running down his kids and grandkids, knapping arrowheads and leather craft and saddle making, a trade which he taught many people of the area all the “ole Indian tricks” he was very skilled at.

Tim was a teller of tall tales and well known for his generosity. He would always greet everyone with a compliment or a gift. Oh, and he was the “king” of finding good deals on whatever you may or may not need.

Tim loved his family very much and would always have something for his grandkids. He will be missed. “We love you, Grandpa.”