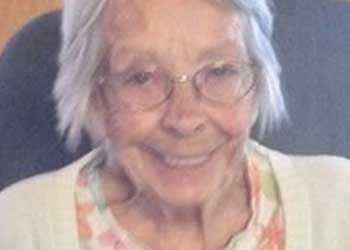 Dorothy was born to Jesse and Velma (Huffman) Rayle. She spent her growing up years in Wellington surrounded by her large extended family of grandparents, aunts, uncles and many cousins. When Dorothy was 10, her family welcomed Thelma Deerinwater into their home and adopted her two children, Jackie and Richard.

In her senior year of high school, she met “the love of her life” Donnie Gene “Don” Creed. The couple married on Nov. 25, 1954, in the First Christian Church of Wellington. The couple remained in the south-central part of Kansas until 1959. That’s when they moved to Red Feather Lakes, Colo. The couple wanted a large family, even after the death of their daughter Dona June. Dot was unable to carry out this plan, though. The couple survived 10 miscarriages and decided to add to their family of three by adoption, foster care and just plain love. Her greatest love was sharing about her babies.

In 1976 the couple moved their family to the Powell area and lived at Penrose. Don worked for Burchell Hopkins. They made many friends and fell in love with the area. In 1984, they decided to buy their own place and moved near Deaver. With the help of Jesse and Velma, their children and a couple of grandkids they built the home that they loved.

Dot loved her family. They were her greatest source of happiness. Her biggest delight was to have them all gathered in her home sharing stories and eating.

When she couldn’t have her family, she loved to read. “You can go anywhere and have any adventure inside a book,” she said. She also wrote many short stories.

She was preceded in death by her parents, her husband, sister Jackie, daughter Dona June and her many lost babies, granddaughter Skylar and great-grandsons Kyle and Kamden.