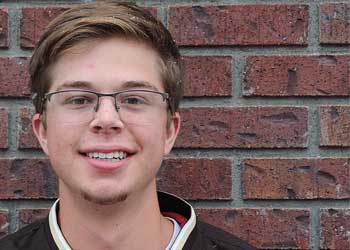 Lovell Mustangs star and Lovell High School senior Jeremy Schneider has had another busy fall as he forges his career in baseball.

For the third straight late summer/early fall, Schneider has pursued a variety of opportunities to play on regional all-star squads and attend camps as he prepares to continue his career in college.

About a week after the Wyoming State Class A Tournament in Cowley in late July, Schneider traveled to Grand Junction, Colo., for a camp with Rocky Mountain Baseball Aug. 5-6. The first day was a camp, and players were placed on teams the second day for live game action. About 15 college coaches were in attendance, he said. He pitched and played first base.

The following weekend, Aug. 11-13, Schneider traveled with the Northwest Baseball Montana-Wyoming all-star team to Centralia, Wash., for a showcase attended by around 150 college and pro scouts. He said he mostly pitched during the weekend, adding that he had tried out for the team in July.

Then from Oct. 12-15 Schneider was in Peoria, Ariz., at the Seattle Mariners/San Diego Padres 16-field complex for the Senior Fall Classic, one of the biggest events of the year with more than 200 scouts attending. The Montana team combined with a South Dakota team to share competition and went 2-1, beating teams from Canada and California and falling to a New Mexico team.

The senior will now turn his attention to the Lovell Bulldogs boys basketball team but will continue to practice hitting and keep throwing during the winter.

“I feel I’m close to signing (with a college program),” Schneider said, noting that he’s been offered by eight colleges so far. He said he’s mainly being recruited as a pitcher, though he hit .402 for the Mustangs this summer. He hopes to go into the medical field, possibly as a radiology physician’s assistant.

He said he may well play at a two-year community college at first but also wants to extend his career at a four-year, Division I university.

The Wyoming Class A Pitcher of the Year, Schneider recorded a 5-3 record this summer to lead the Mustangs in wins and allowed 32 hits and just 17 earned runs in 49 2/3 innings of work. He fanned 75 batters and had a 2.40 earned run average.