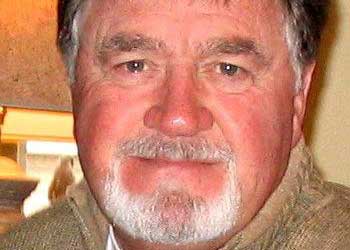 Before entering the priesthood, he had a career in the newspaper industry as a publisher in Wyoming and Montana. He served as publisher of the Powell Tribune, the Jackson Hole Guide, the Lovell Chronicle and the Hardin, Mont., Herald.  He was a past president of the Montana Press Association and a member of the Wyoming Press Association.

He earned a B.S. degree in journalism at the University of Wyoming and married Kathryn M. Doto in Denver on June 12, 1960.  To this union were born four children, Donovan, Kirsten, Dana and Sydney.

He is a past president of the University of Wyoming Alumni Association and a member of Sigma Delta Chi Journalism Honorary. He graduated from the School of Theology at the University of the South in May, 1986.

A veteran of the United States Navy, he is a 50-year member of the U.S Submarine Veterans Holland Club. He proudly served on the USS Bass SS551.

Ron enjoyed playing golf, reading and poetry. He was an avid outdoorsman, fisherman and boater.

He was preceded in death by his parents; his sister, Dixie Willis, and infant brother Robert.

Funeral services will be Monday, Nov. 13, at 10:30 a.m. at St. John’s Episcopal Church in Powell, with the Rev. Megan Nickles officiating.