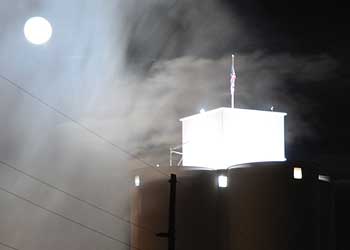 Beet farmers were notified earlier this month that they would not be receiving their January payment for this season’s beet harvest. Typically, they would have received that payment on Jan. 5, according to Ric Rodriguez, vice president of the Western Sugar Cooperative’s board of directors and a longtime grower

“It was a business decision,” said Rodriguez, noting that the co-op is a private corporation and is not required to release information to the public. “We’re still working on the details.”

Rodriguez said many of those details will be discussed at an annual shareholder meeting to be held in Loveland, Colo., on Thursday and released to shareholders after the meeting.

Rodriguez was emphatic that the company is “financially sound” and is not going out of business, as has been rumored in some circles.

Rodriguez confirmed that some of the payments were not made for the 2016 crop. He said normally the farmers receive payments in November, January, March and October.

“We have scheduled payments, but they are always at the discretion of the board,” he said.

He said the decision to release a payment is based on a number of complex factors, including prices dictated by the market.

“I’m definitely concerned, just as all of our shareholders are concerned,” said Rodriguez. “It’s concerning to me, too, but in my position on the board I see more of the details. I have faith in our management and the things that are going on are market driven. We’re seeing some better markets now, which will definitely help.”

Rodriguez said the campaign in Lovell is going well, in spite of some struggles with mechanical problems.

“They’ve worked through it and they know what they’re capable of now,” he said, noting that the campaign is behind a bit but is expected to conclude fairly close to its normal schedule.

Rodriguez explained that the prices have been down for about four years due to trade agreements that allowed Mexico to flood the market with sugar.

“We went through about three or four years of low prices and a lot of it was due to the NAFTA agreement,” said Rodriguez. “At the time it was signed the sugar industry was against it. We kind of got thrown under the bus as part of it because it allowed Mexico to have unlimited access to our markets. At the time that was happening, Mexico’s industry was in shambles, but it had the capacity, if it ever got its sugar industry back up, that they could overwhelm our markets. And that’s exactly what happened.”

Rodriguez explained that the Mexican government rebuilt the industry and it is highly subsidized compared to American companies, which are not as heavily supported by government subsidies.

Rodriguez said court victories and changes in the U.S. government have slowed down the shipments and the market is beginning to stabilize again, which should make a brighter future for local farmers.

“Going forward, we’ll be selling into a higher market and that’s good for us,” he said. “A lot of our payments are price driven. You’ve gotta have a good market to make those payments.”