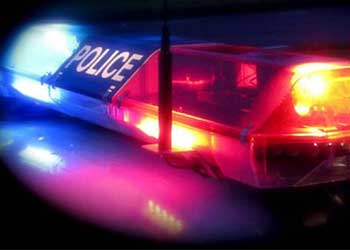 Quick response by medical professionals and officers of the law, and the concern of friends to call for help prevented death in the case of a rare heroin overdose Friday night near Lovell.

Sheriff Ken Blackburn said a 911 call that came in to the Lovell dispatch center around 8:35 Friday night reported a heroin overdose west of Lovell.

“The subject said a friend who was with him had injected heroin and was unconscious and that people in the car were performing CPR as they were transporting him to the hospital from a residence on Highway 32,” Blackburn said.

The reporting party said they were preparing to leave the home when one of the three men went into a restroom, Blackburn said. The other two checked on him after a few minutes and found him unconscious with a needle stuck in his arm. They quickly loaded him into a car and called 911, performing CPR en route to North Big Horn Hospital, the sheriff said. The Lovell Police Dept. and an ambulance responded, and the ambulance met the vehicle first, he added. 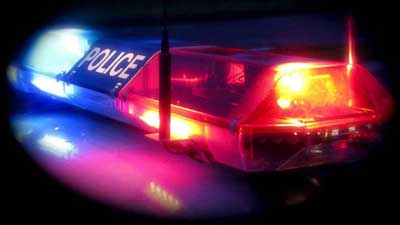 As soon as the ambulance EMTs started working on the individual alongside the road, the vehicle with the two friends drove away. It was soon pulled over by a Lovell police officer a mile or two west of the ambulance, Blackburn said. Sheriff deputies arrived within moments and worked with the Lovell Police to investigate the incident.

A K-9 unit was deployed at the scene and the search revealed a quantity of heroin along with drug paraphernalia, Blackburn said. Austin Robert Kondash, 20, of Cody was arrested for possession of a controlled substance, heroin, and transported to the Big Horn County Detention Center in Basin. The overdose subject, Ren Allen Utter, 27, also of Park County, was later cited for possession of a controlled substance, as well. The third member of the party was not charged.

“The case is still actively being investigated to discover the source of the drugs, and other charges are pending,” Blackburn said. “The drug tested as presumptive positive but must be confirmed by the state crime lab. If it’s black tar heroin as we suspect, it’s the worst of the worst. I’ve seen it about a dozen times in my career.”

The individual was transported to North Big Horn Hospital, and Blackburn said the ambulance crew and hospital staff did an outstanding job transporting and taking care of the subject. Credit should also be given to the young man’s friends for saving his life, the sheriff added.

“It’s important to state that his friends stayed by him, and if they hadn’t started transport and started lifesaving procedures, he certainly could have died by the time the ambulance arrived. The only thing they could have done better was preventing him from using it in the first place.

“I’d like to thank the Lovell Police Dept. and Sgt. Roger Haney for backing up the ambulance. If he hadn’t been able to be in the area just at this time it might have gotten away from us and be difficult to investigate. As it is we have a great case and are working the case back following up leads and evidence to the source of the product. We look forward to additional prosecutions.”

Blackburn said Big Horn County is “far below the national average” for heroin use, but law enforcement officials are seeing an increasing number of cases, “which indicates that the product is working its way to our residents,” the sheriff said, adding, “We encourage people to be very vigilant with family and community members because the outcomes are seldom this positive.

“People don’t realize how terribly dangerous this is and what an epidemic it is,” Blackburn said. “It’s so addictive. Once it worms its way in, people will do anything to get it. We as citizens of Big Horn County can’t bury our heads in the sand and think it’s not coming here. It’s here.

“Law enforcement and healthcare professionals have been preparing for this for a long time, and unfortunately it’s here. We’ll have some heart-wrenching tragedies before we can get a hold of it. It’s a community problem.”