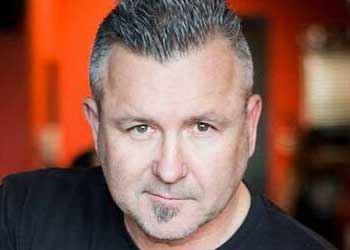 Tickets are selling like hotcakes for the North Big Horn Hospital Foundation “An Evening With Friends” fundraiser set for this Saturday night at the Lovell Community Center, foundation director Janet Koritnik said this week.

Comedian and magician Brad Bonar will be the featured entertainment.

Bonar has family ties to Lovell through the Workman family, the grand nephew of Barbara and the late Errol Workman.

“My dad (Brad senior) was born and raised in Lovell on the farm with his uncle Errol Workman,” he wrote in an email to Koritnik. “My grandma Elva Anderson was raised there, as well. My grandmother was the

oldest of 11 kids and Errol was the youngest. So even though Errol was my dad’s uncle, they were only two years apart and grew up more like brothers.

“I was born in Casper while my dad was going to college there. We moved to northern California when I was 3 years old.”

Bonar said he has spent lots of time in Lovell over the years.

“Some of my favorite childhood memories are spending time in Lovell at family reunions,” he wrote. “We would go up on the mountain, and I loved hearing all my relatives tell stories. Much of my comedy is storytelling like my uncles used to do. There was always lots of laughter and mockery — definitely lots of mockery.

“When I was 14 my dad sent me to Lovell to work on the farm with uncle Errol. It was one of the hardest and best summers ever. My grandma Elva is buried in Lovell along with generations of other relatives. I have a deep connection to Wyoming and this little town and can’t wait to do my show there this Saturday night.”

“An Evening With Friends” begins at 5:30 p.m. Saturday with appetizers, a cash bar and a silent auction, with music provided by Ron McClure and Route 66.

Dinner, featuring prime rib and chicken Marsala with complimentary wine, will begin at 7 p.m., catered by Chartwells of Northwest College.

All proceeds from this year’s event will go to enhance the new infusion services at North Big Horn Hospital, which have proven to be a valuable addition to the hospital’s ability to serve the community, Koritnik said.

“Our Infusion Services have been helping local patients for several months now,” Koritnik said. “We opened the Infusion Center last June and were approved to provide chemotherapy in December. In addition to chemotherapy, we also provide biotherapy, many IV medications including antibiotics, IV hydration and blood transfusions.

“These services have been very well received by the community and benefit many local residents, who are grateful for not having to travel for the their treatments.”

Raffle tickets for a chance to win a one-night stay and dinner for two at Bear Lodge or the Elk View Inn at Burgess Junction are also being sold as part of the foundation fundraiser.