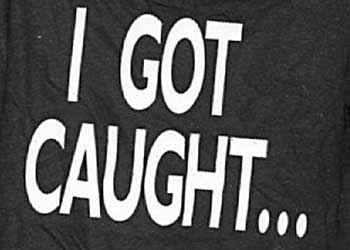 The usual proceeding in naming college fraternities is to choose a name in English, which signifies the aims, ideals or character of the fraternity. This name is translated into Greek. The initial Greek letters of the words that form the name are the appellation by which the fraternity is known. The name is known only to the members of the organization.

The state office of price administration (OPA) office announced that ‘stop blanks’ have been issued to the state highway patrol. Patrol Captain William R. Bradley has ordered all highway patrolmen to stop motorists exceeding the 35 mile speed limit and take the description of the violator. The ‘stop blanks’ will be turned over to the OPA office, which will send them to the motorists’ local rationing boards. The violator will then be called upon to explain why he was exceeding the speed limit, before receiving his next rationing book.

Mr. and Mrs. Bob Snedeker will open a new store in Lovell about July 15, it was announced this week.  Snedeker is presently the manager of the J.C. Penney store in Lovell. The Penney management recently announced their decision to close the Lovell store June 22. The new business, which will be named Snedeker’s Department Store, will open at the same location as the present Penney store after remodeling of fixtures is accomplished.

Pic: These Lovell High School students got caught recently by Wyoming Highway Patrolman Al Clavette…for wearing their seatbelts. Clavette spent approximately a week and half observing students at the high school come and go in their cars, and he made note of those that put on their seatbelts. Those students include (l-r) Karen Schatz, Linda Schatz, Sheridan Frost, Sara Angell, Laura Angell, Cherelle

Hessenthaler, Chris Haggard and Brandee Jarski. The students received the “I Got Caught” T-shirts they are displaying.