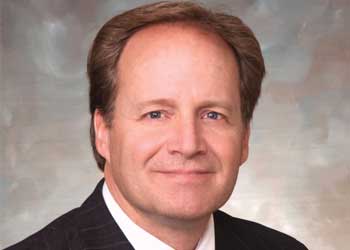 Hoping to put his experience to work once again for the people of his district, Sen. Ray Peterson (R-Cowley) on Monday announced his bid to seek a fourth term in the Wyoming State Senate, running to retain his seat representing District 19.

Peterson, 59, is seeking his fourth full term in the Senate after first being selected to fill the unexpired term of Sen. Laness Northrup of Powell in 2005 after Northrup’s death.

Peterson was elected in 2006, 2010 and 2014. He is currently serving as chairman of the Senate Revenue Committee and is a member of the Health, Labor and Social Services Committee. He is also a member of two select committees on natural resources and investments and is co-chairman of the Mental Health Providers committee.

He is also on the management council and said he is thinking about running for a leadership position. He previously served on the Senate Appropriations Committee, as well as the Agriculture and Transportation committees.

Peterson said he is hoping to sponsor at least two bills during next year’s general session of the legislature. The first bill would have Wyoming join with other states to hold a constitutional convention to address issues such as a balanced federal budget and states’ rights via amendments to the U.S. Constitution.

Another bill would set up a new way of funding capital construction projects for community colleges using a process with an assessment much like the current assessment for Wyoming K-12 schools via the Wyoming School Facilities Dept. The State Building Commission or the Community College Commission would prioritize the projects, Peterson said, adding, “We’re trying to take the politics out of it and provide consistency for long-term planning.”

Peterson, who will host a post-legislative session public meeting with Rep. Jamie Flitner Tuesday at 6:30 p.m. at the Lovell High School Multi-purpose Room, said he still has the energy and willingness to serve his constituents, noting, “I still have the fire and the desire to serve.”

Peterson filed Monday and will be challenged for the Republican nomination by retiring educator RJ Kost of Powell.