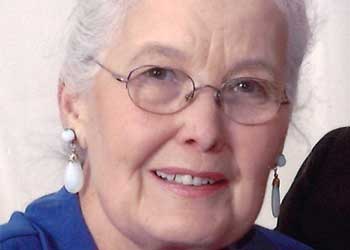 Marilyn Norton Haskell, 86, returned to her heavenly home on June 8, 2018, after a battle with cancer. She was born along with her twin sister Marion on March 12, 1932, in Magrath, Alberta, Canada, to the

late Thomas and Flora Norton. The Norton family farmed outside of Magrath before moving to Vancouver, British Columbia, and then later settled in the United States in Provo,Utah.

Marilyn graduated high school from Brigham Young High, then continued her education at Brigham Young University. It was there that she met and married her best friend Thales Albert Haskell on May 13, 1954, in the Salt Lake LDS Temple. After being married, Thales and Marilyn spent nine months living in Los Angeles, while Thales attended mortuary school. The two then resided in Lovell for the remainder of her life working hand in
hand running Haskell Furniture Company. Marilyn’s decorating ideas and attention to detail can be seen throughout many homes in the Big Horn Basin.

Marilyn was community minded and always looking for a way to make things better. She would see a need, share her vision and plans, coordinate efforts and see those plans come to action.

That was never more evident than her involvement in the many improvement projects seen throughout the Town of Lovell.