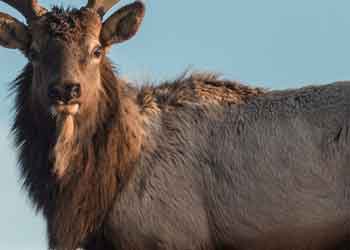 Three hunters were reported missing Saturday but were found safe in the early hours Sunday in elk hunting area 41 above Hyattville in the Black Butte area.

The missing hunters were Bruce Morrison, Chris Wardell and Kyle Hibbert. Morrison and Wardell are from Lovell. Hibbert resides in Billings. They had gone hunting early Saturday morning off Forest Service Road 17.

Morrison sent a text to his wife, Linda, around 7:30 a.m. Saturday saying that, due to the expected worsening weather conditions, they would be coming down later that day.

“We went up Friday afternoon and set up our camp,” Morrison said. “We were just going to go out (Saturday) and look. We couldn’t get through the top, so we decided to go down through the bottom through the Taylor Ranch (Medicine Lodge Archaeological Site) and go back up to the top that way.

“I texted her (Linda) before we left camp to say we would be coming back early. We were just doing an early hunt, looking around, before coming home. We tried to go back over the top and we were fine until snow and 40 mile per hour wind blew the road in. We hit a couple of three- to four-foot drifts and got stuck.

“We weren’t lost. We just got stuck.” 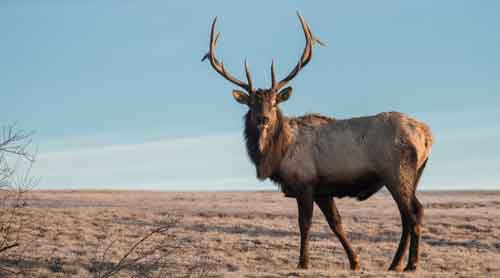 According to Big Horn County Sheriff Ken Blackburn, another hunting party in the area was notified that no one had heard from the Morrison party since the morning text. That party continued to hunt and kept an eye out for Morrison’s group.

Around 9:15 p.m. on Saturday, a concerned family member contacted a lieutenant of the north team of Big Horn County Search and Rescue via text. The lieutenant then contacted S&R Captain Ken Nelson. He deployed a HASTY team of four experienced snowmobile riders/team members. (A HASTY team is a group of trained individuals, usually part of a law enforcement organization, that can be convened quickly for the purpose of responding to an emergency.)

In the meantime, Blackburn contacted Homeland Security to set in motion an air rescue, should it be needed.  Thankfully it was not.

Members of the HASTY team went to check the roads in the area that the hunters were reported to be in, and they were found, still in their vehicle, around 1:30 a.m. Sunday.

The hunters did everything right, Blackburn said. They stayed with their vehicle and were prepared with enough supplies (clothing and food) to stay for a few days if need be.

“They took us back up to our camp, and I came home Sunday. We trailered a Bobcat in to the camp Monday and got the vehicle out,”

“We went back up today (Tuesday) and shot two elk, so we’re in like Flynn,” he said, reporting from the hunting camp.