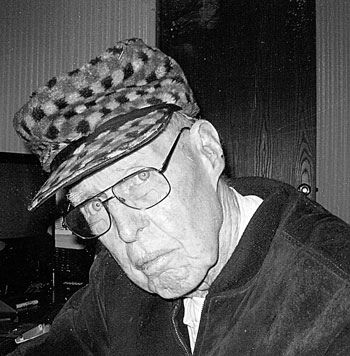 Art was born Aug. 7, 1926, to Thomas N. Lennon and Mary W. (Burns) Lennon at Union Hospital in Lavoye, Wyo. The family moved from Lavoye to Sunburst, Mont., while Thomas worked for the Continental Oil Company until the outbreak of World War II. They then moved to Portland, Ore., where Thomas worked for Oregon Shipbuilding Company. Art was also employed by Oregon Shipbuilding for two years, working nights while attending Roosevelt High School.

He enlisted in the U.S. Navy at age 17 and completed basic training at Camp Farragut, Idaho, and gunnery school at Camp Bennion, Idaho. Upon graduation he was assigned to duty on the U.S.S. Saratoga, an aircraft carrier in the Pacific Theater.

After the war, the family moved to Lovell, and Art was employed by Montana-Dakota Utilities/Williston Basin Pipeline for 40 years, retiring in 1988.

In January 2013 Art slipped on ice and broke his right hip and arm and was unable to walk again. He was a resident of the New Horizons Care Center for the past six years.

He was an active member of St. Joseph’s Catholic Church and a lifetime member of the American Legion.

Art loved bird hunting and fly fishing and had many trophies for golf and bowling. He always had a beautiful garden, raising many vegetables, only to give to friends and passersby. His yard and home were always well kept.

He will always be remembered  for his kindness, friendliness and willingness to help. He was always a gentleman and never complained or had anything bad to say about anyone.

He was preceded in death by his parents. He is survived by a cousin, Audrey Spencer, of Annandale, Va. Cremation has taken place.