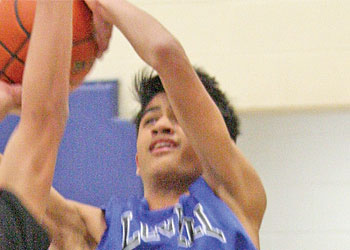 The Lovell Mustang boys basketball squads tipped off the season as they swept the Rocky Mountain Grizzlies Saturday and split with the Greybull Buffs Tuesday.

The sixth-grade squad crushed the Buffs 34-6. Edwards and Wassmer led Lovell with 8 points apiece, and McArthur, Muller and Powell added 4 each, Halen Strom, Cayden Fink and Hugh Carpenter 2 each.

Saturday, the seventh-graders will host Thermopolis while the eighth-graders travel to Thermopolis. The games are scheduled to start at 9:30 a.m. in Thermopolis and Lovell.

Tuesday, the seventh-graders will host Cody while the eighth-graders travel to Cody. The games are scheduled to start at 4:15 p.m. at each location.