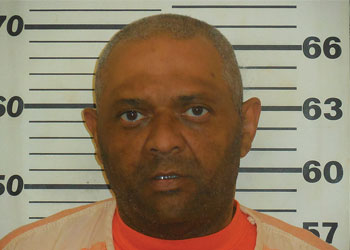 A little more than two years since the murder of Carol Jean Barnes, suspect Donald Joe Crouse appeared in Big Horn County Fifth Judicial District Court late in the afternoon of Tuesday, Jan. 28, to change his plea to guilty.

The courtroom was filled with family members of Barnes. Crouse appeared with his attorneys Diane Lozano, Brandon Booth and Timothy Blatt. Big Horn County Attorney Marcia Bean and deputies Kim Mickelson and Jennifer Kirk appeared on behalf of the state.

The change of plea came as a result of an agreement, with the terms being laid out by Booth. Crouse would plea guilty to first degree murder and serve life in prison without the possibility of parole. Crouse will waive his right to appeal and to request sentence modification, per the agreement.

Booth told the court Crouse has been advised of the nature of the charges and the possible consequences. Booth added that Crouse was making this decision of his own free will.

In return, Bean is withdrawing pursuing the death penalty. She told the court that she is withdrawing an allegation in the felony information that Crouse was a habitual criminal, citing there was no basis for the allegation.

In a factual basis, Crouse admitted to stabbing Barnes on Jan. 4, 2018, which resulted in her death. Booth asked Crouse if it was done purposefully as laid out in the allegations.

Crouse admitted in the factual basis that the act was premeditated through journal entries that he wrote. The entries referred to three notes discovered by Lovell police officers at the murder scene along with entries on a cell phone where Crouse planned the murder.

When asked if it was out of malice, Crouse said, “Yes.”

As a follow-up to the factual basis, Bean asked if Crouse agreed that he is the one that committed the acts as laid out in the felony information.

After accepting the factual basis, Judge Bobbi D. Overfield ordered that the case move forward to sentencing. Crouse will complete a presentence investigation report, and a sentencing date will be scheduled later.