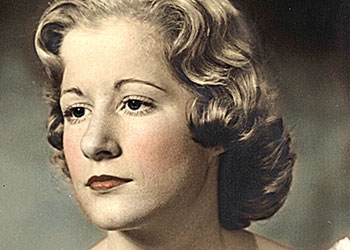 She grew up outside of Deaver and attended school there, graduating in 1960. As a child she spent many hours helping her mother and grandmother with household chores and caring for her younger brother and cousins. She learned to cook standing on a chair and started tending to the babies when she was nine.

She met Gerry Tippetts during her senior year of high school, and they were married June 18, 1960, after her graduation. They lived in Lovell all their 52-plus married years, raising their four children.

They were sealed as a family in the Idaho Falls Temple in 1974. Rose Mae had many callings as an active church member, including Cub Scout leader, Relief Society president, compassionate service leader and Activity Day leader. She worked as a name extractor in the Family History Library. She was an example of service to all who knew her.

She had a home daycare for many years and had a soft spot for the many children she tended in her home.

Rosie’s bootcamp is closed. The General has moved on.