Emphasizing the importance of school safety, the Lovell School Board voted Monday night to expel two students who had earlier made threats on social media and were arrested by police for their actions.

After discussing the matter in executive session, the board voted to expel one Lovell Middle School student and one Lovell High School student for 175 school days – the equivalent of one school year — for “posting violent threats geared toward their classmates on social media,” Supt. Rick Woodford reported Wednesday morning. 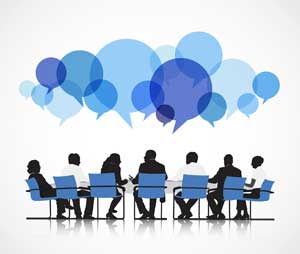 Woodford noted the collaborative effort between the Big Horn County Sheriff’s Dept. and the Lovell Police Dept. during the incident.

“There were two deputies in every building,” Woodford said. “The Sheriff’s Dept. really stepped up.”

He added that the LPD did a good job investigating the case and that he appreciated the agencies’ teamwork on the case.

“The school district values a safe learning environment as a top priority,” Woodford said. “The school board and administration are serious about keeping students safe and will take any threat seriously.”

According to information released earlier by the Lovell Police Department, the two boys were arrested on Thursday, Feb. 22, and taken into police custody for making “terroristic threats.” They appeared before a judge and immediately taken to a detention facility after making threats on the social media site Instagram, police said at the time.

Monday’s motion on the issue grants Superintendent Woodford the authority to provide the students with educational services in an “alternate setting as deemed appropriate.”

In other business at Monday’s meeting, Supt. Woodford reported that the new cafeteria addition at the Lovell Elementary School is “completely roughed in” with windows to be installed soon.

“With the better weather, they’re going a lot faster,” he said of the contractor. “We’re still expecting substantial completion by June 1.”

He also reminded board members to purchase their plane tickets to the National School Boards Association conference so they can be reimbursed.

Monday’s meeting began with student recognitions: sophomore Elena Garcia, who has been accepted into the University of Wyoming High School Institute this summer, and students of the month Weston Crumrine for Lovell Middle School and Kelsie Mollett for Lovell High.

LMS Principal Doug Hazen said Crumrine, a sixth-grader, was nominated for the honor by two teachers, and letters of nomination called him a “hard-working student who strives to do his best” and stated that he has a great attitude, is kind to staff members and peers, is cheerful and possesses the qualities of a leader.

In presenting Mollett, LHS Principal Scott O’Tremba listed her activities that include co-captain of the LHS dance team, and quoted her nomination, which stated that she helps her teammates, challenges herself, works well in class and with classmates.

In his monthly focus, Supt. Rick Woodford presented a legislative update that included a chart listing the impact on education funding of House Bill 140 as it currently stands. The bill would have minimal impact on School District No. Two in the first year of the 2018-20 biennium, with a reduction in funding of only $3,608, which Woodford called “really good news for us, assuming this holds up.”

Woodford explained the funding model and said the district is in a good position if the bill survives this week in its current form.

“We made enough cuts last year that we’ve positioned ourselves well,” he said, adding, “We’re in a good spot. If Senate File 117 (Sen. Ray Peterson’s original bill) had passed, we’d be in trouble. It would have broken the system.”

Under student achievement, Curriculum Director Nancy Cerroni gave a detailed report on the AIMSweb assessment program, which she said is just one piece of the school district’s student assessment system. AIMSweb assesses reading and math skills and is conducted in fall, winter and spring to show growth in student achievement. She said the testing doesn’t consume a lot of time and is much quicker than the former MAP test.

She also presented graphs displaying the results of recent testing.

Under administration reports, O’Tremba presented information on the LHS data use and assessment cycle and gave a report on a minor adjustment to the dress code.

Student council representative Will Lillard gave a report on an upcoming Sadie Hawkins dance (girls ask guys), which the council is calling a “chick pick” dance.

Woodford reported the results of a survey in which staff members weighed in on the 2019-20 district calendar. After examining the survey results, Woodford said it appears a majority of staff members would prefer to start school a little later in August and end after Memorial Day the following May.

After a board member asked about the impact of commencement on students participating in the state track meet, the board voted to accept Woodford’s recommendation for Option B, which includes a change in the fall break to Nov. 1, contingent upon the calendar not impacting state track.